Performance testing is a crucial part of the QA process which is directly associated with customer satisfaction. Imagine a pay-day, banks are busy dealing with salary accounts of not just an individual, but accounts of employees from multiple companies, along with offering services to other esteemed customers. The load created on the system is immense; if the bank system, by any chance, fails to keep up the load, it can disrupt the business.

Let us take one more instance, you are in the middle of online payment and the speed of the page reduces drastically, or you have initiated a payment but failed to receive a confirmation due to an unresponsive page. Such scenarios will not just lead to the loss of customers, but also impact the business continuity plan and strategies, eventually affecting the reputation of the company.

Performance testing will ensure on creating reliable application with speed, scalability, and responsiveness. It does not concern only about the features and functionality supported by the application but always aims at eliminating the performance bottlenecks.

What is performance testing?

Performance testing is a non-functional testing technique that checks for the speed, stability, scalability, and responsiveness of software, application, or device. It forms a significant part of the software development lifecycle (SDLC) and focuses on identifying and removing the performance challenges in the software application.

How to overcome the performance testing challenges

To overcome the challenges associated with the performance of an application or device, it is important to have the perfect strategy in place to detect load simulation and measurement; thereby, eliminating any issues that may crash the system under load.

Significance of performance testing in the BFSI industry

Website crashing during heavy traffic is something commonly experienced; a poorly performing website/application means loss of potential and prospective clients. The high intensity, data-driven BFSI industry which deals with critical data of the clients offers no scope for compromise on the performance of the user page. Any kind of poor performance can lead to dissatisfied customers which will, in turn, affect the business as a whole.

With an immense increase in the number of people using digital platforms for banking/ financial transactions, it requires the banks and financial institutions to have a fully functional system in place that will offer a seamless customer experience. Banks have to make sure that the sensitive actions of money transactions, bill payments, financial management, loan application, etc should work adequately even during peak hours. On failing to do so, the banks/ financial institutions will experience huge financial loss, customer loss, and may also face certain legal issues.

The procedure and tools for performance testing in banks and financial institutions are transforming at a rapid pace. The change is brought in by the ever-changing customer behavior which has witnessed a change from traditional banking and online banking to banking on mobiles, tablets, and wearable devices. The financial sector needs strong performance testing in place, which needs to be updated often, to keep up and running.

Here’s the list of common types of performance testing carried out by banks and financial institutions to ensure the best performance of the software/ application.

Spike testing: Spike testing is conducted to test the software/ application behavior during a sudden spike in the number of users.

Volume testing: Volume testing is conducted to check the application behavior during varying loads of volume. Here, large volumes of the different databases are monitored and tested.

Yethi is a QA service provider to banks and financial institutions across the world. Talking about performance testing, Yethi’s test automation tool, Tenjin, conducts the test efficiently to eliminate any performance issues and ensures that the application works at its best. It monitors and handles the test to check the response time, speed, scalability, and resource usage under the standard workload, thereby, creating a robust and scalable system that works without any disruption.

Yethi has helped several global banking/financial institutions with an easy and efficient test automation solution. We have introduced our revolutionary solution that has changed the course of test automation by providing nearly 100% accuracy.

How to reduce flakiness of your automated tests?

Continuous Testing: What Every DevOps Team Needs to Know 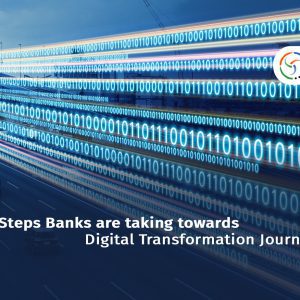 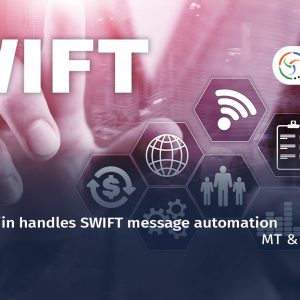